After the construction break in the winter, the second installation phase of Hollandse Kust Zuid Wind Farm is now in full swing. The first turbine of the project was installed over the Easter weekend! With good visibility, the wind farm can now be seen from the coast.

The installation of the first turbines started with the loading of the turbine components from the quay on the Maasvlakte. Cadeler’s vessel Wind Osprey loaded parts for four turbines on board: four towers, four turbine nacelles and twelve blades. This first  ‘load out’ went well. Søren Andersen, Senior Turbine Installation Package Manager: “With the Wind Osprey arriving in the week of April 12th and loading the turbine components, the first installation could start on April the 16th. On every trip, the vessel will take four wind turbines on board, aiming to have all turbines installed by March of 2023. It is great to see how all plans come together and how we are shaping the energy transition with these giant turbines being installed. It’s an absolute honour to play my part in the transition to a fossil free future!”

At the same time, the piling of the other 104 foundations has also started again. Seaway’s Strashnov will carry and install three foundations at a time. Jumbo’s Fairplayer will place the external working platform on the foundation after the foundation has been installed. This summer, all foundations must be placed in the North Sea bed.

In addition to the foundations and the turbines, a third element is important in a wind farm: the cables that carry the power from the turbines to the substations. The first cables have now been installed. Read more about that in this article. Next month, the second batch of cables from the storage in Velsen-Noord will be loaded onto the installation vessel. 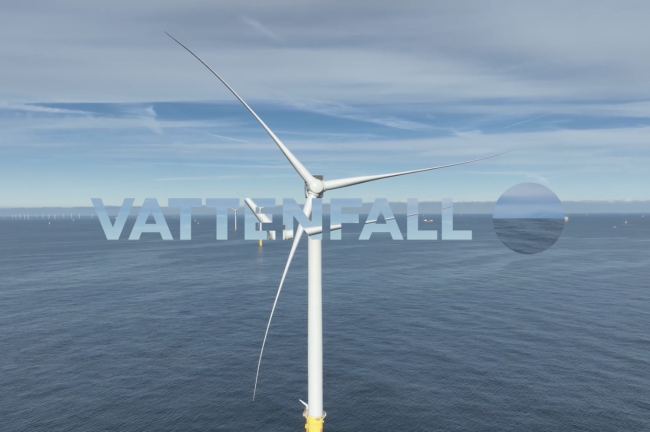 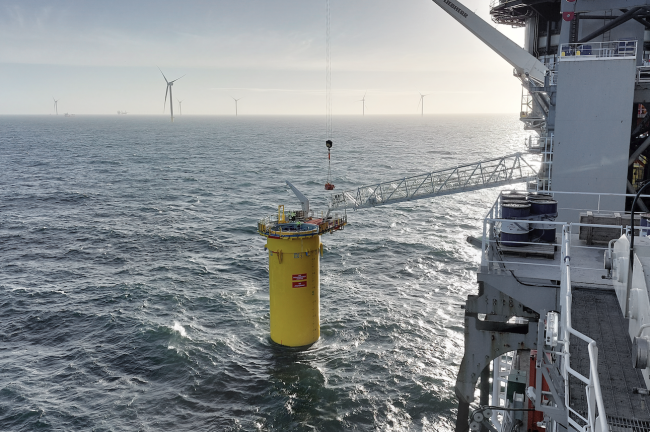 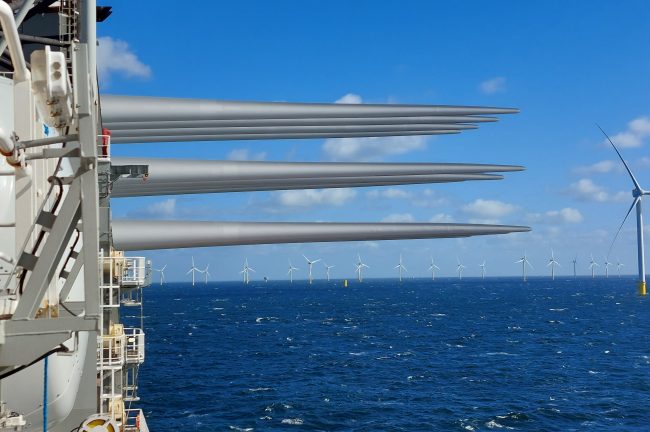